How The Earth Recycles Water.

Home » Water Facts » Water Cycle
We are open for business. A Message to our Customers about COVID-19

This is called the hydrological, or water cycle:

From the time the earth was formed, water has been endlessly circulating. This circulation is known as the hydrologic cycle. Groundwater is part of this continuous cycle as water evaporates, forms clouds, and returns to earth as precipitation.

Surface water is evaporated from the earth by the energy of the sun. The water vapor forms clouds in the sky. Depending on the temperature and weather conditions, the water vapor condenses and falls to the earth as different types of precipitation. Some precipitation runs from high areas to low areas on the earth’s surface. This is known as surface runoff. Other precipitation seeps into the ground and is stored as groundwater. Groundwater is water that fills the spaces between rocks and soil particles underground, in much the same way as water fills a sponge. Groundwater begins as precipitation and soaks into the ground where it is stored in underground geological water systems called aquifers. Sometimes groundwater feeds springs, lakes, and other surface waters or is drawn out of the ground by humans. The water then can evaporate, form clouds, and return to the earth to begin the cycle over again.

The sun shines on water in rivers, lakes, streams, wetlands and oceans and makes the water warmer. This turns the water into vapor or steam. The water vapor leaves the lake or ocean or river and goes into the air, where it becomes a cloud.

Evaporation is when the sun heats up water in rivers or lakes or the ocean and turns it into vapor or steam. The water vapor or steam leaves the river or lake or ocean and goes into the air, where it becomes a cloud.

When the temperature is warm, like during the spring or summer, clouds get so full of water that rain starts to fall. The rain falls onto the land and runs into streams and rivers. The water in the streams and rivers runs into lakes and finally into the ocean. Some of the rain that falls soaks into the ground and stays there until plants drink it or until it goes deep enough into the ground that it is called “groundwater” and goes to people’s wells.

Snow is just like rain except it falls when the air is cold, like during late fall and winter. Snow usually stays on top of the ground until it melts, then it turns into water and runs into streams and rivers. Some of the water from melted snow also goes into the ground for plants and people to drink.

Some of the snow that falls onto mountains stays there a long time because it is so cold most of the time at the top of mountains. This snow turns into ice and sometimes becomes glaciers. Snow and ice on the top of mountains can stay there sometimes for hundreds of years before it finally melts and runs into the streams and rivers.

Rivers and streams carry the water that comes from rain and melted snow into the ocean. They sometimes can carry this water a long way. The Mississippi River in the middle of the United States carries rain and melted snow from Minnesota and Canada all the way to the Gulf of Mexico. When the weather is warm, sometimes the sun makes the rivers and streams warm, some of the water turns into steam or vapor, and it leaves the river and goes into the air where it becomes a cloud.

Water is called the “universal solvent” because it dissolves more substances than any other liquid. This means that wherever water goes, either through the ground, through the air, or through our bodies, it takes along valuable chemicals, minerals, and nutrients. Dust, smoke from industry, carbon dioxide, spores and smog may be absorbed by water droplets.

Acid rain is rain that has been made acidic by certain pollutants in the air like dissolved sulfur from industrial smokestacks. Acid rain is a type of  acid deposition, which can appear in many forms. Wet deposition is rain, sleet, snow, or fog that has become more acidic than normal. Dry deposition is another form of acid deposition, and this is when gases and dust particles become acidic. Both wet and dry deposition can be carried by the wind, sometimes for very long distances. Acid deposition in wet and dry forms falls on buildings, cars, and trees and can make lakes acidic. Acid deposition in dry form can be inhaled by people and can cause health problems in some people. When water dissolves acids, it increases its capacity to dissolve other substances.  The water vapor in clouds eventually condenses and falls back to earth as rain, sleet, hail or snow.

As water runs over the surface it can become cloudy, even muddy. Generally the process of rainwater filtering through the ground will absorb and carry with it much higher amounts of calcium (and magnesium) than iron and manganese to the ground well storage.  Unlike iron and manganese, calcium generally does not cause discoloration of the water. Naturally occurring minerals are helpful to the overall stabilization of the water.  And mineral water from underground wells are considered by many as the healthiest type of drinking water since these minerals are more easily and better absorbed for humans than from food or supplements.

Some minerals are naturally absorbed through this process starts out in a dissolved and stable state in natural groundwater storage, but then becomes unstable once it is pumped to the surface especially when oxygen is introduced.  Runoff into rivers, lakes and underground aquifers located near industrial sites have led to contamination of water supplies by carcinogenic solvents like TCE (Trichloroethylene is a colorless liquid which is used as a solvent for cleaning metal parts,) PCB (Polychlorinated biphenyls – a class of organic compounds with 1-10 chlorine atoms attached to biphenyl, which is a molecule composed of two benzene rings,) and Trihalomethanes (chemical compounds in which three of the four hydrogen atoms of methane are replaced by halogen atoms. Many trihalomethanes find uses in industry as solvents or refrigerants.)

Along the way bacteria, chemicals, agricultural byproducts, fertilizers, insecticides and other man-made wastes may also enter the water. Even after reaching a home, water can continue to dissolve materials such as lead from solder in plumbing pipes. 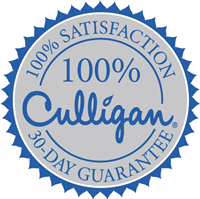